The Oregon Health Authority recently released the latest statistics on physician-assisted suicide in the state. In 2018, 249 people received lethal prescriptions. Of that group, 168 people died from ingesting the lethal medication (up from 158 in 2017).

Since the law was passed in 1997, doctors have written 2,217 lethal prescriptions; 1,459 people have died after ingesting the medications. 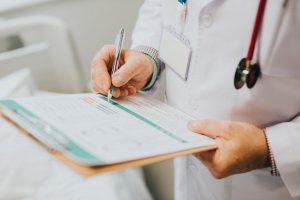 “Since its inception, the so-called ‘Death With Dignity’ Act has raised serious concerns,” said Lois Anderson, ORTL executive director. “Out of 249 Oregonians prescribed with life-ending drugs, only three were referred for psychological or psychiatric help.”

“Oregon is last in the nation when it comes to helping people with mental health issues,” continued Anderson. “The top three reasons that people use DWDA to end their lives are all triggers for major depression, a condition that can and should be treated in ways other than death.”

Additionally, nearly 67% of patients in 2018 were not covered by private insurance but were instead insured by Medicaid or Medicare. One patient who attempted to end their life in this manner actually regained consciousness and later died of their underlying illness.

Two physicians failed to comply with DWDA requirements during 2018 and were referred to the Oregon Medical Board. Also, 11 patients who ended their lives in 2018 used prescriptions they received in previous years. The DWDA does not require tracking unfilled prescriptions or the lethal drugs.