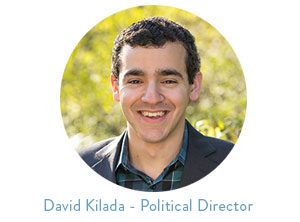 This primary election there were critically important pro-life victories as well as some painful losses. In some races, there simply were not enough pro-life voters who returned their ballots. In others, pro-life voters rose to the challenge and made the winning difference. What we can learn from both the wins and the losses is that when pro-life advocates vote, we are more likely to win. If we are to make a difference in the general election this fall, we need to capitalize on the enthusiasm and passion of our movement.

Polling shows that, even in Oregon where pro-lifers are outnumbered, our enthusiasm is stronger. Unfortunately, this passion did not translate to enough votes in every contest this spring. Both Lou Odgen, who ran for the Bureau of Labor and Industries, and Greg Wooldridge, candidate for governor, lost.

Though many factors affect election outcomes, it ultimately comes down to the number of votes cast. Statewide, only about a third of pro-lifers returned their ballots. Hundreds of thousands of pro-life ballots were simply thrown away. Make no mistake, if more were mailed in, we would have seen more pro-life victories.

While statewide losses were significant, there were huge wins in local elections. In areas where pro-life voter numbers were above average, we generally won. Marion and Lane counties saw very competitive county commission races. Pro-life voter turnout was 10 percent above average in both counties, where most of our endorsed candidates won.

As we approach the November election, you can reach beyond pro-life issues to help find common ground between local pro-life candidates and the general public. We have an excellent group of pro-life candidates with additional qualities that people can support, so help your friends and neighbors who aren