January 22 is a tough day for me as I am sure it is for many – another memorial, another anniversary, babies still being killed and the nagging internal debate over whether I am doing enough. Recently, I re-read a speech given by Richard John Neuhaus. Richard John Neuhaus is the founder and was the editor of the Journal First Things until his death in 2009. He is the author of many books including The Naked Public Square: Religion and Democracy in America. Charles Colson and Neuhaus were friends and were leaders in bringing cooperation and unity between Catholics and Evangelicals especially in the public square and the pro-life cause. To say that Neuhaus was influential is an understatement. If you have not read any of his works, start with this speech. http://www.firstthings.com/web-exclusives/2015/01/we-shall-not-weary-we-shall-not-rest

In this speech Neuhaus recalls the moment he knew he was recruited to the cause. He recounts the moment powerfully and then he asks his audience which was all of us who labor together in this cause. 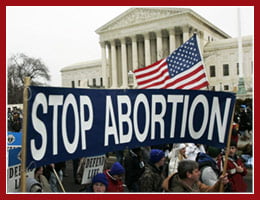 Perhaps you, too, can specify such a moment when you knew you were recruited. At that moment you could have said,