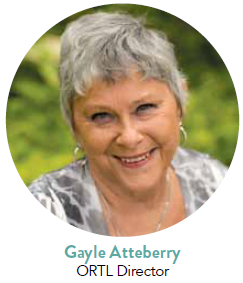 The 2017 Oregon legislative session has brought an unprecedented onslaught of deadly bills. As chronicled in the February-March issue of Life in Oregon, Senate Bill 494 allows for the starvation and dehydration death of dementia patients. The bill was so novel in its deadly provisions that it received nationwide attention. Articles were written in national publications including the Washington Times, National Review, World Magazine, and Our Sunday Visitor, among others. Radio programs throughout the United States discussed the horror of what some Oregon legislators were proposing. A plea was sent out by Oregon Right to Life to pro-life Oregonians to contact their senators, asking them to vote no on this bill. Pro-lifers responded with vigor. Emails and phone calls flooded the Senate at a volume almost never seen before. Senators heard loud and clear that Oregonians did not want to starve dementia patients to death! On Thursday, March 23, the Senate Judiciary Committee held a hearing and work session on the bill. Oregon Right to Life testified in opposition to the bill and brought in two additional testifiers who had the experience of having their loved ones starved to death against their wishes when, in fact, their loved ones were not dying, but were elderly and had dementia. ORTL continues to monitor the bill daily.
The extraordinary number of calls and emails to the capitol sent tremors through the Senate, which had repercussions on other bills. Senate Bill 239 was as deadly as SB 494, having the same effect of allowing incapable patients to be starved to death. However, the chairman of the committee that held SB 239 did not want the same fate as befell SB 494. She worked with Oregon Right to Life lobbyists to change the language of the bill so that incapable patients were no longer threatened by the bill. Until the bill gets completely through the legislative process, however, Oregon Right to Life watches it daily to see that it does not get changed back to its deadly origin by unscrupulous legislators.
Senate Bill 893 is an expansion of Oregon